There are nearly 12 million Franco-Americans in the U.S. and almost 10% of them speak French at home.

This is especially true of New England, where Franco-American communities from Lewiston to Lowell thrive to this very day. So how did we get here? What started the influx of French to New England? Here are three keys dates:

For much of the 17th Century, the French were very active in what we now know as North America, especially in the Northeast. Samuel de Champlain, a Huguenot, founded Quebec in 1608 and, when he published his Voyages in 1613, is even credited with drafting the first accurate map of New England.

Facing religious persecution in France, the Huguenots not only were chased out of their home country but also, after fleeing across the Atlantic to New France, were prevented from establishing their own settlements. So they headed south instead, joining the Dutch in New Netherlands (now New York and New Jersey). Led by Jessé de Forest, the Walloon Huguenots negotiated land settlements with the Dutch around what we now know as Long Island and founded L'Église française à la Nouvelle-Amsterdam.

From there, the Huguenots figure prominently in early U.S. history. Peter Faneuil - a name that comes up often in the history of Boston - was a French Huguenot, and the Midnight Rider himself, Paul Revere, was the son of a French Huguenot refugee. There are also Huguenot churches all over the East Coast, from New York to Virginia to South Carolina.

1783: The end of the American Revolutionary War 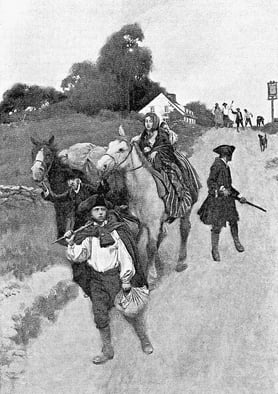 The fallout of the American Revolutionary War in 1783 rippled across the continent. United Empire loyalists fled the newly-founded United States, mostly making their way north to the closest British dominion, Quebec, where the dust had barely settled on another major conflict, the Seven Years' War, or as the French call it, La guerre de la Conquête.

The outcome of this global war saw the French surrender Quebec to the British in 1760. French settlers were allowed to remain in Quebec, albeit pegged under the weight of British rule.

So the arrival of British loyalists in Quebec in 1783 only invited more tension and confusion. These refugees felt they were owed something for their loyalty, and the British crown made no secret of favouring them over the French. In the years that followed, as sweeping decrees, treaties and land divisions saw the French increasingly marginalized, the early rumblings of the Quebec diaspora, or la grande saignée, started to take root. 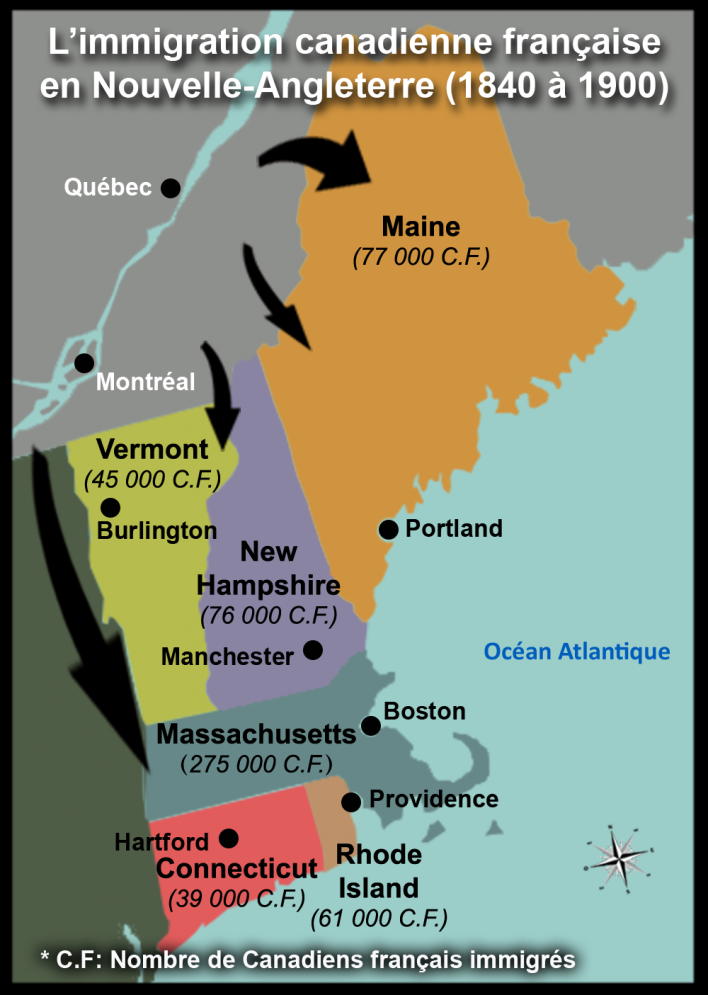 By the 1830s, towards the end of the first Industrial Revolution, Quebec had changed a great deal since opening its doors to British loyalists fleeing the Revolution. Overpopulation, due to the baby-boom, had become a serious issue, especially in rural areas, and the ruling class made it near-impossible to settle and develop any land. The English, meanwhile, had an advantage over the French: a government that openly favoured them and their settlement systems.

So, in 1840, the French started to once again head south. They poured out of Quebec to find work in freshly-industrialized New England. Commonly known as la grande saignée or "the great hemorrhage", the Quebec diaspora spread into Maine, Massachusetts, Rhode Island, New Hampshire and Vermont, where textile manufacturers and other industries were hiring. By 1930, as the Great Depression ended exile, some 900,000 French Canadians had emigrated to the United States, the vast majority planting their roots in New England.