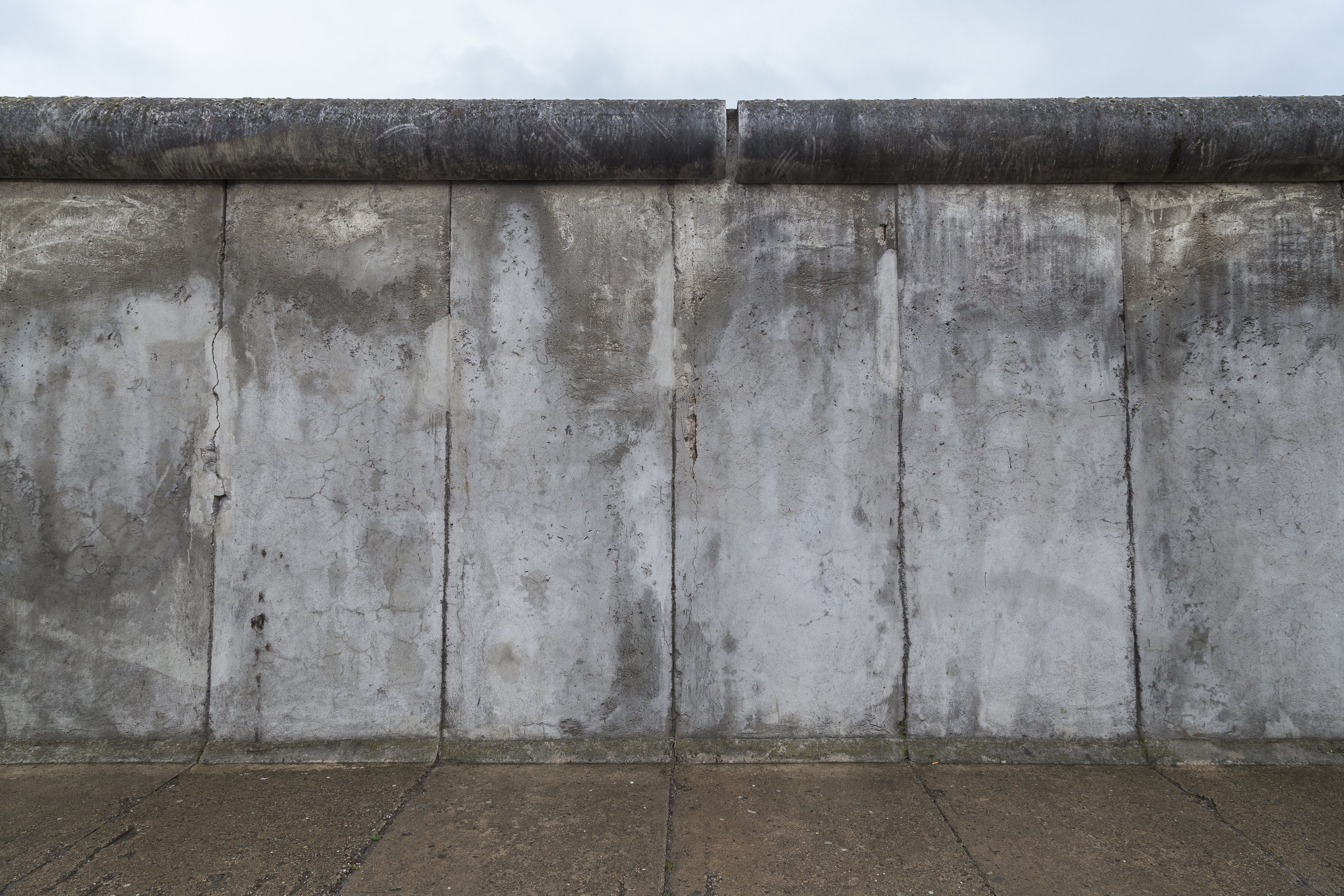 Its fall in 1989 was an iconic moment in contemporary world history: the symbolic end of the Cold War, the beginning of the end of the Soviet Union, and the reopening of Eastern Europe to the West. Here are some talking points we thought might help inspire your classroom. 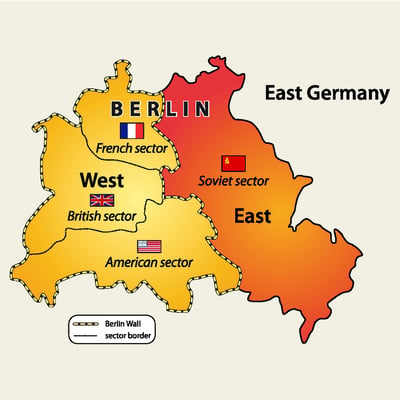 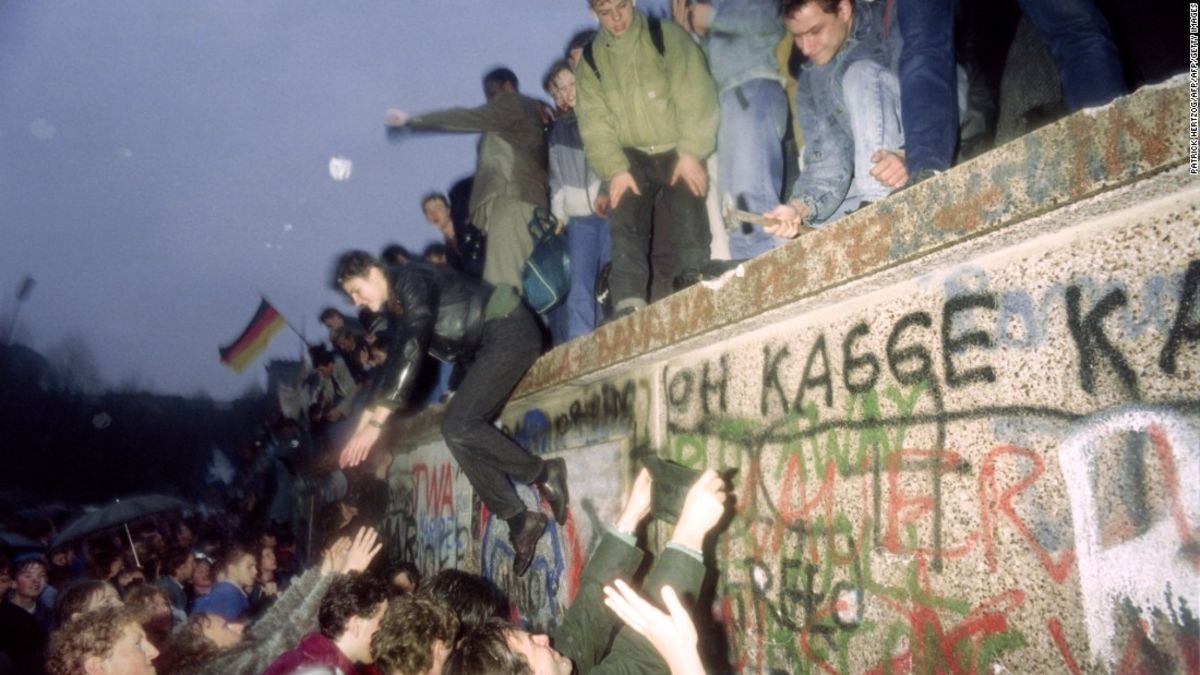 In June, 1963, as the Cold War reached a fever pitch with 1962's Cuban Missile Crisis, U.S. President John F. Kennedy addressed a West Berlin crowd at the Rathaus Schöneberg (city hall) with his famous Ich bin ein Berliner (“I am a Berliner”) speech, extolling values of Western support, pride and freedom. It was an important, assertive moment for the West, as tales of violence, destitution and corruption poured out of East Berlin.

A little over a year later, Martin Luther King Jr. was invited by West Berlin Mayor Willy Brandt to deliver a speech of his own. But this time King famously delivered his ‘East and West – God’s Children’ sermon on both sides of the wall. His message was a far cry from the tension that coloured JFK’s speech the year before: “For here on either side of the wall are God’s children and no man-made barrier can obliterate that fact.” With the US still reeling from JFK’s assassination, and the spectre of the Vietnam War looming large, a call for unity from the iconic Civil Rights leader was much-needed, though sadly ahead of its time.

We Can Be Heroes

In the mid-1980s, the impending fall of the Berlin Wall swept the collective consciousness of Western pop culture, inspiring a number of generational stars to wade in.

David Bowie was no stranger to West Berlin: he recorded his legendary Berlin Trilogy there with Brian Eno from 1977-79, and his smash hit “Heroes” is about two lovers – one from West Berlin, the other from East – overcoming the Wall in the name of love. In 1987, Bowie – along with other heavy-hitters like the Eurythmics and Genesis – played a concert in Berlin that was close enough to the Wall to be attended by thousands of East Berliners on the other side. The violent rioting that followed culminated in the pivotal Alexanderplatz demonstration in November 1989.

Bowie is a huge folk hero in Germany. He gets a lot of credit for the reunification cause, so much so that when he died in 2016, the German government officially thanked him for his part in bringing down the Wall.

Speaking of influential rock stars, Bruce Springsteen is also lauded for his contribution to the cause with this memorable 1988 performance in East Berlin. Wir lieben den Boss!

Though most of us know The Hoff for his starring roles in Baywatch and Knight Rider, it was his lesser-known forays in pop music that turned heads in Central Europe. Austrians loved his 1985 album Night Rocker, and as Knight Rider was becoming a cult classic on both sides of the Wall in Germany, he leveraged this unprecedented fame with “Looking for Freedom”, a pro-unification interpretation of the 1970s German pop song “On the Road to the South”. It was so popular in West Germany that he was invited to perform the song literally on the Berlin Wall on New Year’s Eve, 1989, for roughly 1 million West and East Germans. For those in attendance, it was one of those collective “I was there” moments they’ll never forget.

When we experience history through film, it’s tempting to blur the lines between fact and fiction. It’s so common, in fact, that critics coined the term ‘historical fiction’ to describe films embellishing true events for the sake of entertainment. The 1994 film Schindler’s List is a great example of this: you’d be forgiven to assume this very serious movie about a very serious subject is very seriously accurate, but once you do the research, you’d be surprised how many liberties director Steven Spielberg took to make the film more palatable for audiences.

With his 2015 film Bridge of Spies, though, Spielberg was far more faithful to actual events. The film follows James B. Donovan, a lawyer responsible for negotiating the exchange of two captured spies – one from the US and the other from the Soviet Union. According to Information is Beautiful, a great resource for measuring historical accuracy for countless films based on true events, this Cold War drama is deemed to be almost 90% accurate, beating out the likes of American Sniper, Hacksaw Ridge and fellow Tom Hanks vehicle Captain Phillips. 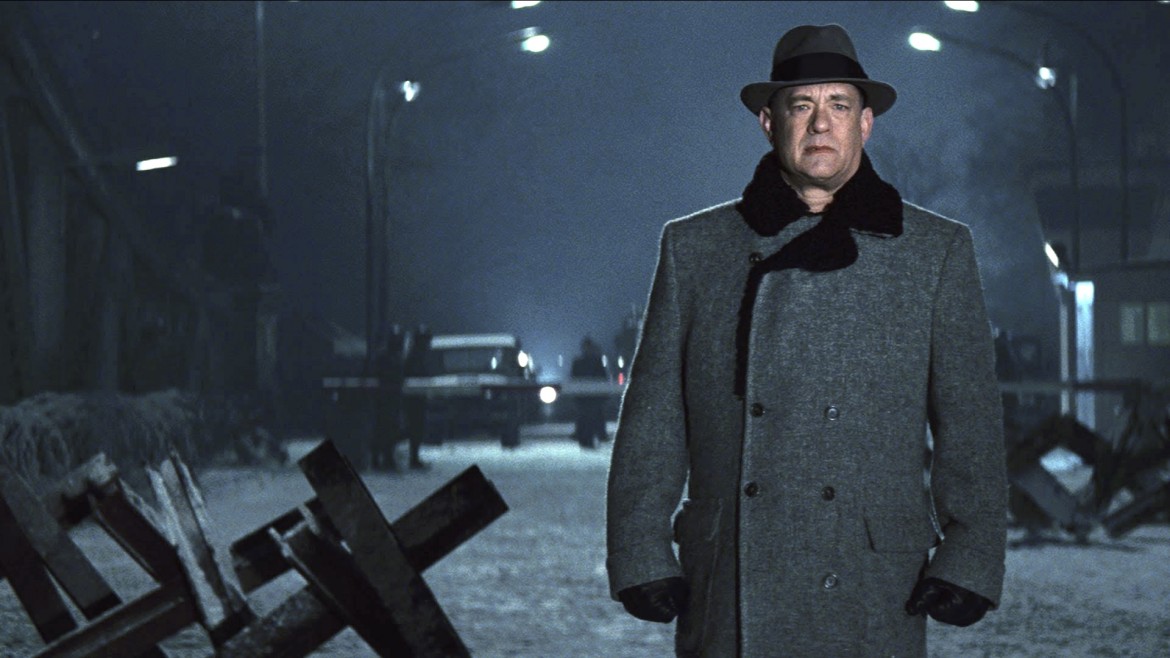 We won’t spoil the film, but the Berlin Wall is central to Bridge of Spies. This article by Hollywood vs. History provides a useful breakdown of fact vs. fiction to discuss with your students once you’ve viewed it. There's one Berlin Wall scene in particular whose accuracy is very much debatable.

History is often very complex. Here are 2 quick-fire video resources on the Berlin Wall covering the rise and fall of the Wall and the German reunification to give your students a head start in understanding an important part of the Cold War.

Dive deep into How One Man's Mistake Brought Down The Berlin Wall.  All we'll say is East German spokesman Günter Schabowski hold a press conference on November 9th 1989 at 7pm and didn't stick to his script!

5. A Larger than life Art Gallery

The Berlin Wall is the cradle of extraordinary artwork. Take a glance at the East Side Gallery in this short documentary about a still-standing section of the Wall that’s now home to iconic street art from the era. Finally, here is a gallery and history of ten iconic murals on the Berlin Wall, including the infamous ‘Fraternal Kiss’.

Of course, if you're interested in planning a Germany student tour with us, look no further, but we are also experts at bringing your curriculum to life, no matter what subject you teach or your destination!